About sixty years ago, when I was a teenager, I was one of the few people who read food labels. I was taught to do so by my father, Abraham Chuckrow, who was a bacteriologist and chemist and worked as a food inspector. He warned me to avoid foods with artificial color—especially red dye, partially hydrogenated vegetable oil, and bleached white flour. At that time he insisted that the red dye then commonly used for coloring foods would eventually be proven to cause cancer. It was not until decades later that his assertion was borne out.

Recently, a new type of nutritional labeling became mandatory. Almost every food product now has a list entitled “Nutrition Facts” in addition to a list ingredients The purpose is to give the consumer standardized information in a useful, non-misleading form. The older style of nutrition labeling permitted manufacturers the option of contriving a portion size so unrealistically small that calories and salt content appeared to be very low. Previously, if manufacturers made the portion size small enough, even salted peanuts could be permitted to be labeled “low-salt.” Now the portions are standardized so that different products can be compared without a calculator.

Once you read the ingredients, the characterization “All Natural” on the labels of many foods requires a stretch of the imagination to justify. One such label (below) reveals ingredients that are unnatural (e.g., artificial flavoring) or even harmful (partially hydrogenated vegetable oil). 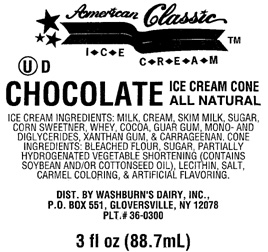 It is interesting to note that “nutrition facts” labels list partially hydrogenated fat content not as saturated fat but, by subtraction, as unsaturated fat:

Finally, it should be noted that some labels have self-contradictory information. The following label shows more sugar than carbohydrate, which is impossible because sugar is a form of carbohydrate:

Some errors may not be an attempt to mislead the consumer but simply carelessness on the part of those who provide the information. In any case, do not assume that such information is always correct.

These days, when an increasing number of people are reading ingredients and rejecting foods with artificial ingredients, manufacturers are able to deceive the public by adding undesirable ingredients under the category “natural flavor.” Natural flavor is supposedly a way of keeping some ingredients secret to prevent competitors from copying their recipes. Unfortunately, natural flavors, which have no nutritional value, include objectionable ingredients such as monosodium glutamate, perfumes, and items to mask undesirable odors in foods by deadening taste buds. Even castoreum—a bitter, orange-brown, odoriferous, oily secretion, found in two sacs between the anus and the external genitals of beavers—is used as a natural flavor in candies, beverages, and deserts! (See http://gentleworld.org/the-gross-truth-about-natural-flavors/.)


The above article is from Robert Chuckrow, The Intelligent Dieter’s Guide, Rising Mist Publications, Briarcliff Manor, NY, 1997, pp. 24–25 and 54–55.