Dòng and Dàng (Move and Swing)

In Cheng Man-ch’ng’s Advanced T’ai-Chi Form Instructions, Cheng is translated as saying, “ ‘Long Boxing’ is like long rivers and great streams, flowing on and on without end.” ... “First there is mobilization and then movement. The excess energy left over from movement then swings back.” ... “At the end of every movement there must be a swing, and before the end of each swing, a new movement begins.”* The Chinese name for this phenomenon is Dòng and Dàng (move and swing, respectively).

Professor Cheng’s words imply that, for advanced practitioners, the movements of the arms and legs should not be one-to-one with the shifting and turning of the body, as is taught to beginning students. A likely reason that movement involving Dòng and Dàng is considered to be advanced is that beginners are not sufficiently relaxed, sensitive, or coordinated to achieve it.

Douglas Wile, the translator of Cheng’s book, called Dòng and Dàng a “gem” and says on p. ii, “This principle, if properly understood, can revolutionize one’s execution and experience of the form.”

The video immediately below provides detailed and intuitive explanations for the optimal timing of the shifting and turning of the trunk of the body for maximizing the transfer of motion of the body to the limbs. Achieving such timing in Taiji movement is not only exhilarating and highly beneficial, it also enables us to experience non-action, being in the moment, and the circularity and continuity of movement. Exercises are provided for recognizing the conditions for optimal timing in each of the horizontal, frontal, and sagittal planes. 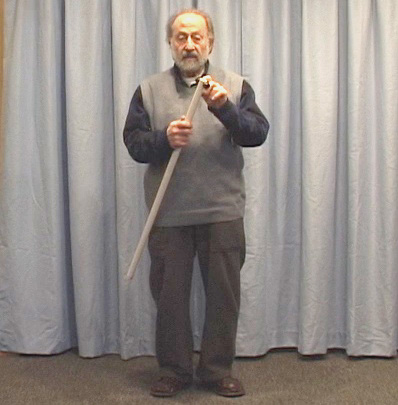 View video on dòng and dàng (move and swing).

In the slow-motion video clip linked below, a hand inputs motion to a pivoted rod at the natural rate of the rod’s swing, causing the rod to increase its ampliude of motion (resonance). Note that after a few swings of the rod, the motion of the hand holding the pivot (driving force) changes direction and starts to move oppositely to the rod when the rod reaches its vertical orientation. The timing of the movement of the hand in the video is ahead of the motion of the rod (by 1/4 of a cycle), analogous to that of the shifting and turning of the body relative to the swing of the limbs in the most-efficient Taiji movement. 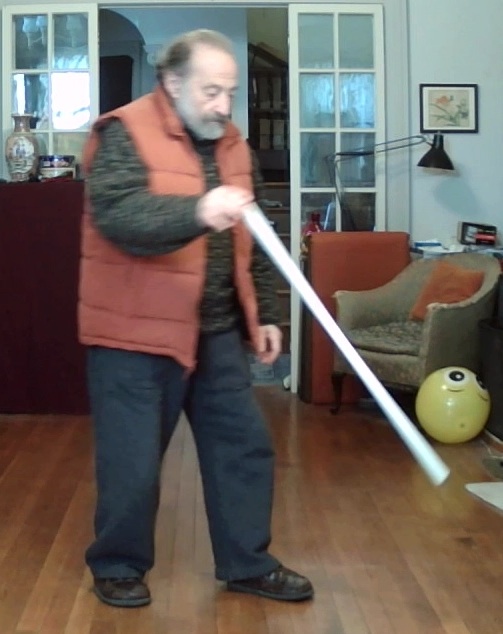 Slow-motion video of the optimal timing of a driven swing of a pivoted rod.

It should be mentioned that for each rate of doing the Taiji form, the timing is different; namely, slower movement requires the shifting and turning of the body to be less ahead of the circular movement of the arms. Therefore, it is necessary for the practitioner to feel the exact timing rather than attempting to choreograph it. That is why it is important to practice the exercises shown at the end of the first video. When you achieve the feeling of the right timing, your movements will occur much more naturally rather than needing to be choreographed.